Uneven Floor in an Old House? 5 Things It Could Mean 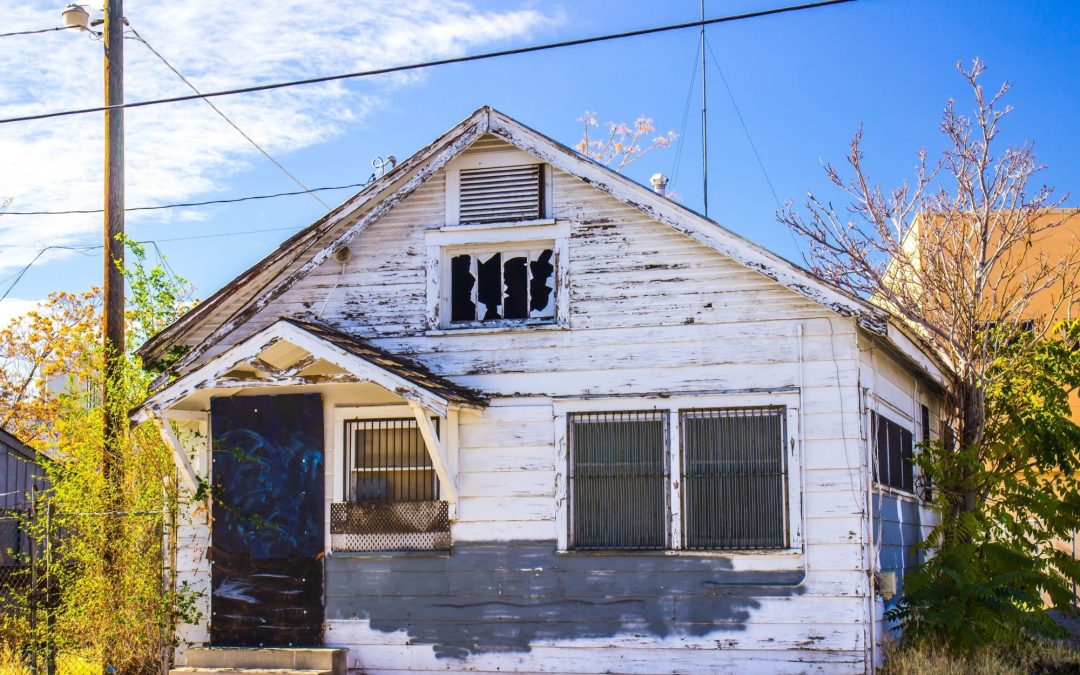 Homeowners in the US spend roughly $300 billion per year on home renovations.

Whether you’re renovating for resale or for your own benefit, it’s best to start with a thorough home inspection before dropping major money.

One thing to check for is an uneven floor in an old house. It’s not uncommon to find sagging or sloping floors in older homes. The real question is, how big of a problem is that uneven floor hiding?

Read on to find out more about uneven flooring and what it could mean for the state of your renovation.

Before we begin discussing the possible issues you could be facing, let’s discuss the difference sagging and sloping.

A sagging floor may be level on one side of the room as it is the other. However, there are spaces in the middle that sag or dip. This tends to indicate isolated weak spots rather than a larger structural issue.

Floors that slope may drop a few inches over a horizontal plane of several feet. A sloped floor is oftentimes even or flat but it is not level.

To clarify the difference between flat and level in the context of flooring, imagine you have a marble. On a flat floor that is not level, the marble would roll from the higher plane to the lower plane. On a level floor, the marble would not roll unless you pushed it because a level floor is perfectly horizontal.

What Does an Uneven Floor in an Old House Mean?

Forbes notes that foundation damage is the number one problem that homeowners of older houses will face. Chances are, your uneven floor is an indication that there’s something off about your home’s foundation. However, this is not a “one size fits all” situation.

A number of problems can arise in your home’s foundation, ranging from easy fixes to massive, costly damage. Read on to find out more about what your uneven floor is trying to tell you about your foundation.

1. The Foundation Is Cracking

Cement foundations can crack over time. Vertical cracks are not uncommon and are usually caused by shrinkage. Horizontal cracks are a bit more serious, caused by water pressure coming from the outside of the walls.

If a crack in your cement foundation is thinner than about 1/8″ of an inch, you can usually fill them with epoxy injections and go on with your day. However, cracks that are big enough to affect the floor are usually on the bigger side and will need professional repair.

2. The Joists Are Bending or Rotting

Wooden foundations rely on joists, horizontal structural beams that run parallel to the subfloor. Over time, they can weaken from the strain caused by weight or from moisture that leads to rot.

If your floor sags in some places, you may have bent or rotting joists just below the sag. Many people deal with weakened joists by reinforcing them with a sister joist. In other words, they install a new, sturdy joist directly beside the weakened joist.

3. The Flooring Was Improperly Installed

The issue may be that your flooring was improperly installed in the first place. Fortunately, this isn’t exactly an issue with the foundation, although you may have to go as low as the subflooring to access the damage.

Flooring is improperly installed if it isn’t laid on a flat surface. This often happens if the flooring has been replaced. Before laying new flooring, the subfloor should be free of nails, glue, or any other substance that is disrupting its flatness.

There is also the issue of using the wrong type of flooring. For example, rooms that tend to stay on the damper side should not have wood flooring. Over time, the moisture will cause the wood to warp, leading to an uneven surface.

Keep in mind that there is a difference between a level surface and a flat one. If your floor has a steady slope from one end to the other, it’s possible that the concrete foundation was not leveled before the flooring was installed.

It’s possible that sagging is also caused by a foundation that wasn’t poured and leveled well, although in this case, the foundation is neither level or flat.

In the best-case scenario, you will be able to pour a layer of self-leveling cement over the foundation to solve this issue. You may even be able to pour this cement over a strong subfloor. However, if the root of the problem is a sinking foundation footer, a DIY fix probably won’t re-level the floor and you’ll need professional help.

5. The Subflooring Is Delaminated

Subflooring is usually made of plywood or oriented strand board that has been pressed into thick panels. Over time, they may become warped and delaminated. That means that in some areas they may actually push up against your flooring while in other areas they may dip or sag.

Delaminated subflooring is an easy fix. All you need to do is replace the panels that are no longer structurally sound and you’re good to go!

Get an Inspection Before You Renovate

If you want to budget your renovation costs, get an inspection before you begin. Don’t waste money on cosmetic issues when you may have bigger fish, like an uneven floor in an old house, to fry!

An inspector can help you pinpoint problem areas that you may have overlooked. If you’re in Northeast Ohio, we’re happy to help! Contact us to schedule an inspection today.